This really should have been a well-established series by now, but so far there was only one prior installment. Should I write some of these retroactively maybe?

Thorsten Beckmann and I have a new paper on the arXiv, titled Homological projective duality for the Segre cubic, intended as a semi-expository contribution for a proceedings volume. It was great fun writing it, and let me try to informally and with pictures convey some of the things that made writing it great fun, in the hope of convincing you to take a closer look at the paper. 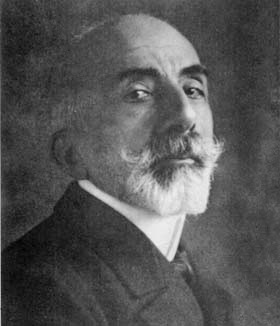 Back in 1887, Corrado Segre, one of the frontrunners of the Italian school, studied a cubic 3-fold, written most conveniently as the vanishing locus \begin{equation} \left\{ \begin{aligned} \sum_{i=0}^5x_i&=0 \\ \sum_{i=0}^5x_i^3&=0 \\ \end{aligned} \right. \end{equation} in $\mathbb{P}^5$ (so that it's really a cubic hypersurface in the hyperplane given by the first equation). It is the cubic 3-fold with the highest number of isolated singularities: there are 10 nodal singularities. One can beautifully describe aspects of its geometry in terms of its (large) automorphism group: $\mathrm{S}_6$. 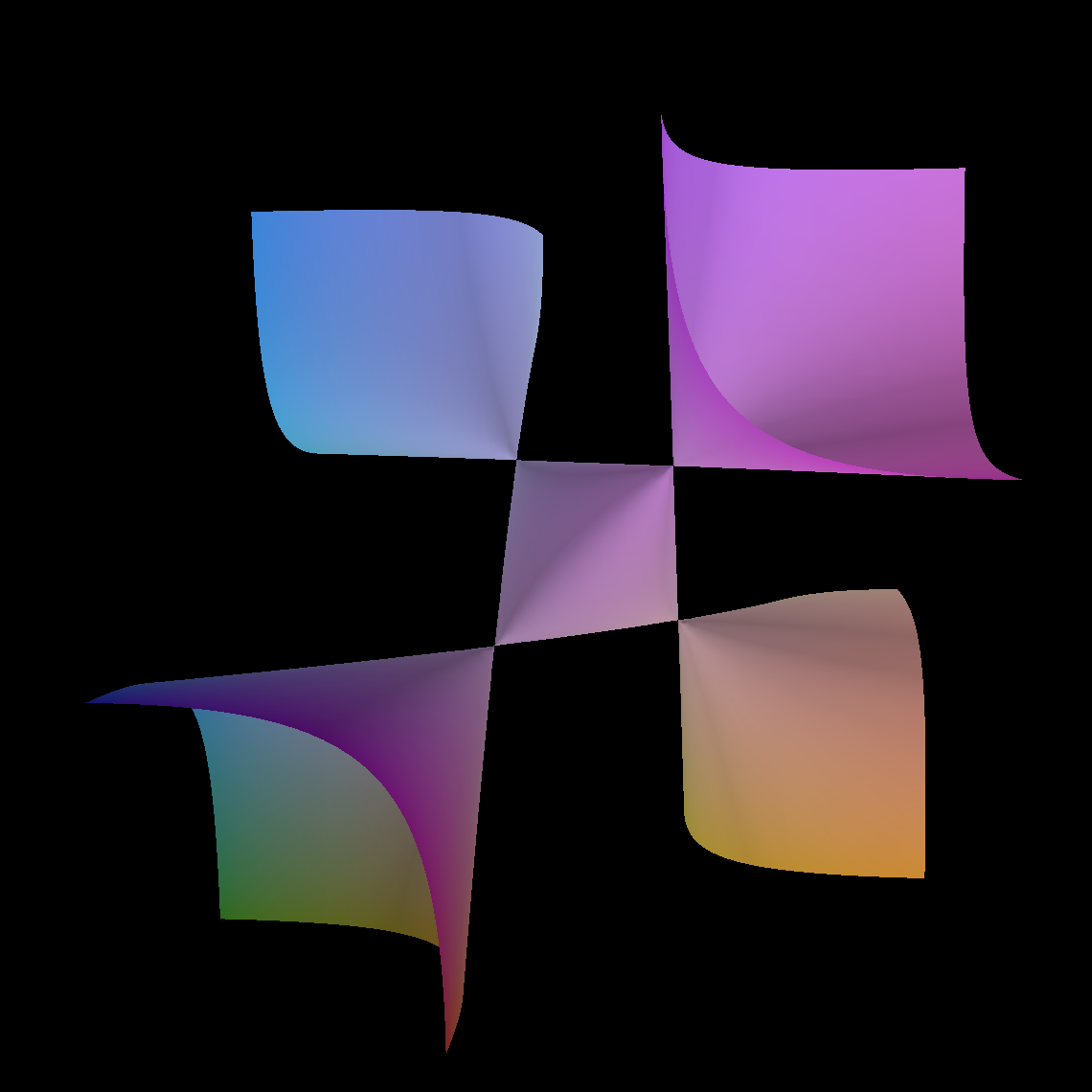 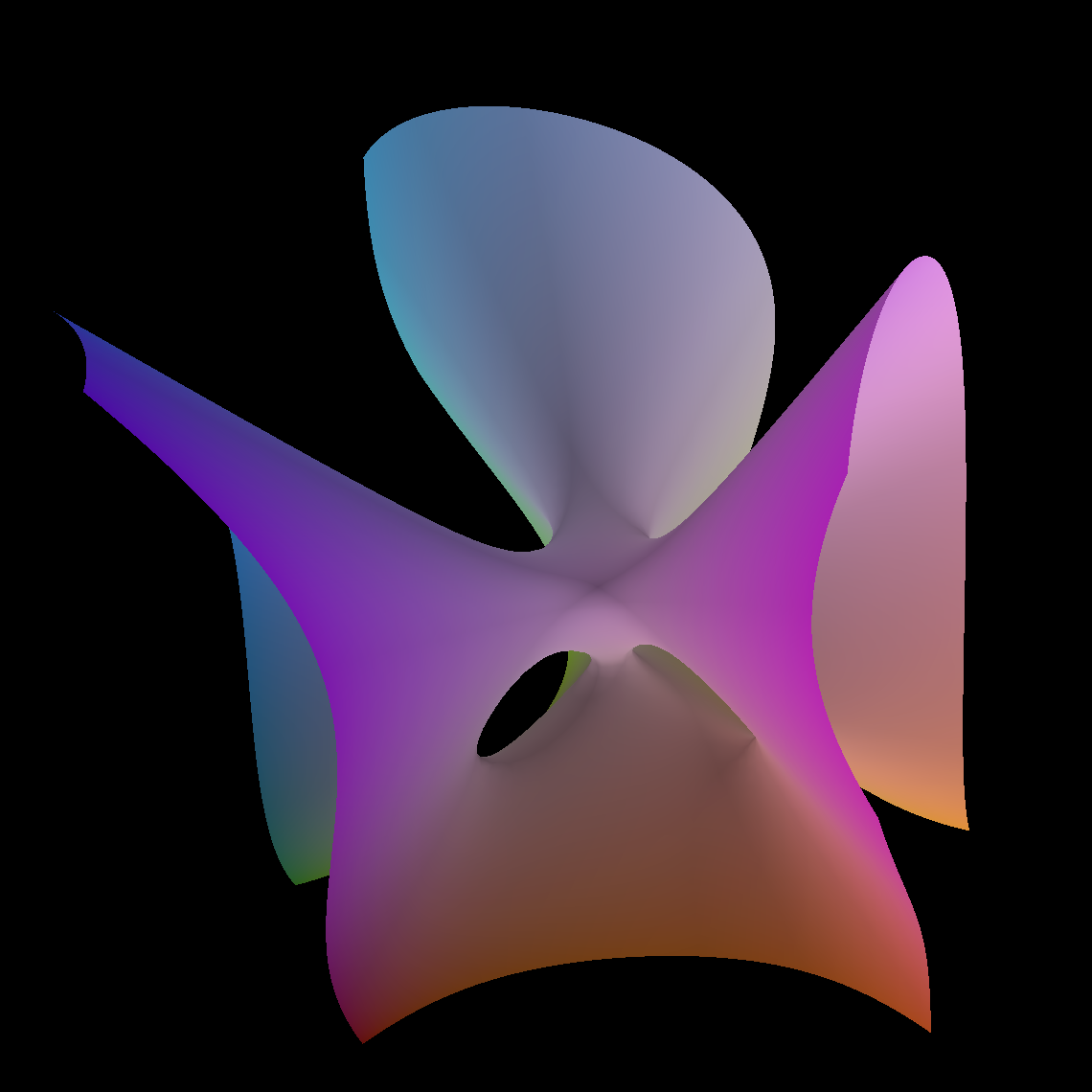 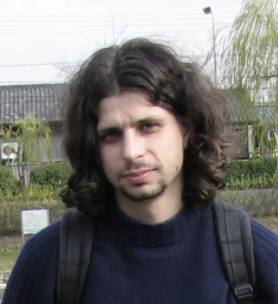 In classical projective geometry the notion of duality plays an important role. One standard example for the projective plane is are the dual statements that through every 2 distinct points goes a unique line and that every 2 distinct lines intersect in a unique point. For (embedded) projective varieties there exists a whole theory of projective duality, showing how one can recover a variety from its dual, defined as the closure of the points in the dual projective space corresponding to tangent hyperplanes at smooth points. 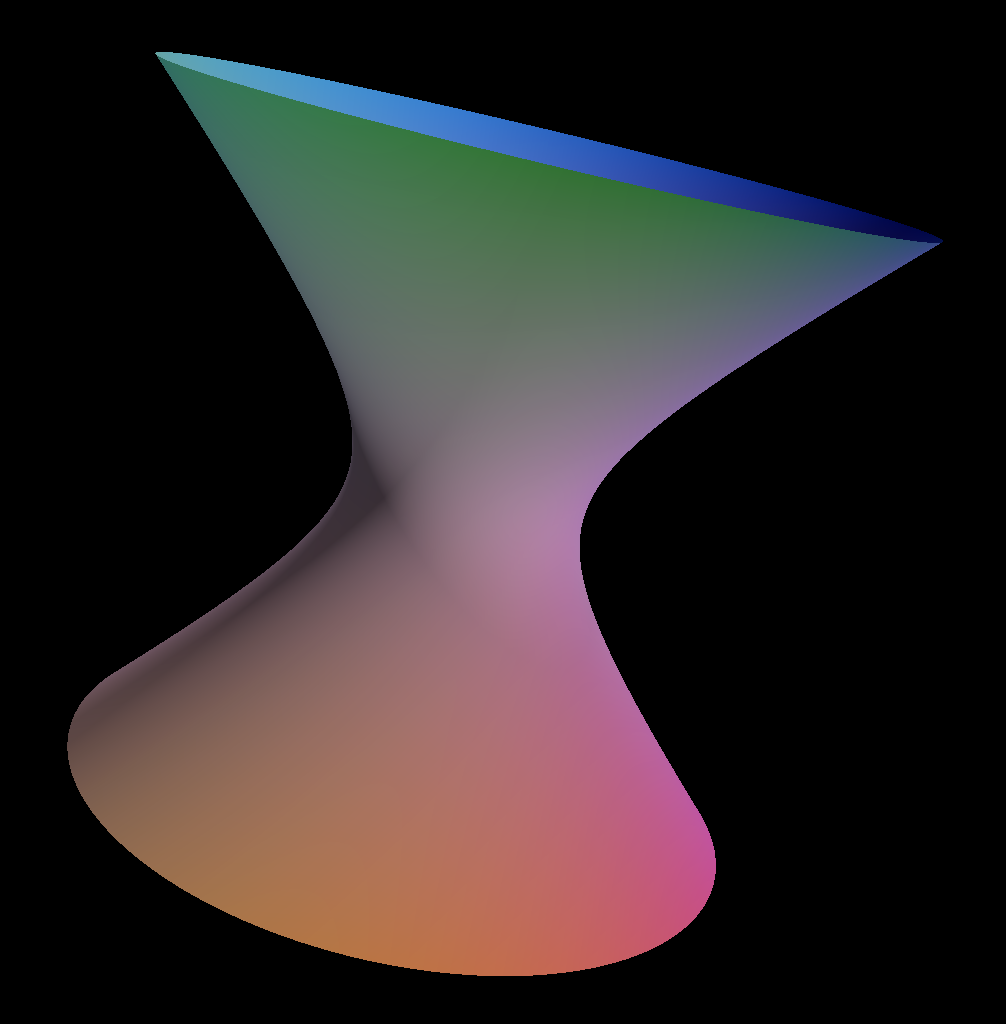 Surely, going from a degree 2 equation to a degree 3 equation shouldn't make life too hard?! Turns out it does! If one needs convincing of the rich and complicated nature of cubic hypersurfaces, one can check out the book-in-progress by Daniel Huybrechts.

Now, there does exist a framework that can handle homological projective duals for smooth cubic hypersurfaces. But its output is highly non-trivial. Rather than work with smooth cubics, one can also consider singular cubics, and look for an interesting resolution of singularities, and have fun with the geometry of the original cubic vs. that of the singularity, and that of its (homological) projective dual.

This reduces the complexity of the machinery, and the "easiest" case is the most singular case, that of the Segre cubic.

What did we do?

The Segre cubic and one of its resolutions plays an essential role in Cheltsov, Kuznetsov, Shramov: Coble fourfold, $\mathfrak{S}_6$-invariant quartic threefolds, and Wiman-Edge sextics. The resolution is a $\mathbb{P}^1$-bundle over the del Pezzo surface $\operatorname{Bl}_4\mathbb{P}^2$ of degree 5. And one of the first results in homological projective duality is a description of homological projective duality for projective bundles, so we can just apply that machinery!

We end up with an explicit construction of the homological projective dual (as a resolution of the Coble fourfold), which

Let me know if you have any questions after reading this, or reading the paper. We've tried to make it accessible (its goal is to be somewhat expository after all), but if things are not clear we gladly improve them.